Jordan then attended the University of Cincinnati College of Law to obtain her Juris Doctorate, where she found her passion for family law after participating in the Domestic Violence/Civil Protection Order Clinic and serving as Judge Oliver’s law clerk at the Warren County Domestic Relations Court, and ultimately receiving the Professor Nora J. Lauerman Family Law Prize.

Jordan lives in Pleasant Ridge in Cincinnati with her fiance and two German Shepherd-mix rescues, Reggie and Willa. In her spare time, she enjoys reading, traveling, and taking her dogs hiking at different Cincinnati Parks.

Jordan joined Tibbs Law Office in August of 2016 and was admitted to practice law in Ohio in November of 2016. Her practice is devoted to family law, including collaborative divorce, mediation, divorce, dissolution, child custody, child support, post decree matters, and civil protection orders in Hamilton, Warren, Butler, and Clermont counties.

Jordan works directly with the Ohio Domestic Violence Network, Women Helping Women, and the YWCA, where she provides legal assistance and representation to victims of domestic violence. 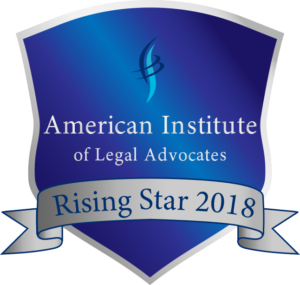 Jordan was absolutely amazing, was always quick to respond, had answer to every question I had (no matter how big or small) and did everything in her her power to get me what I needed. I would recommend her to anyone and everyone!

Jordan represented me in my divorce case. I was extremely satisfied with the way she did her job. I would highly recommend her for representation for any of my friends or family!

Jordan helped me with my recent divorce. She was very helpful and understanding. I can definitely recommend her! Thanks again Jordan!

After winning a judgement 20 years ago and never collecting a penny with another attorney, Jordan went to bat for me and somehow managed to get the entire thing settled and paid in full. Never expected it to end this well. Would not hesitate to refer her to friends and family.

When we had our first consultation with Jordan we could tell that she was the right attorney to represent us. We are so glad that we hired her! Her expertise and services far exceeded our expectations and we couldn’t be more pleased with the outcome of our case.

Words can’t even begin to describe what Jordan did for me in my custody case for me and my girls. I’ve had several attorneys in my day, and she is BY FAR the best one. She’s on top of emails and phone calls and answered all my questions along the way with ZERO delay. She’s AMAZING! Thanks Jordan

I had a protection order and then divorce – Jordan made everything very easy. She was also affordable and quick to respond to any questions I had. I already recommended her to a friend!

Jordan was compassionate, hard hitting and beyond organized when it came to every aspect of my case (which was a complete roller coaster ride). From the CPO trial, custody petition, and the separation/divorce settlement. I will never be able to thank her enough for all she did to help save my son and myself. She was there for US every step of the way. I was so very lucky to have her on my side and so will you.

Jordan was thorough, clear, and extremely attentive to my needs. Divorce can be ugly and full of emotion. Jordan was very supportive and gave me guidance from beginning to end. She was also patient with my lack of knowledge and understanding of certain things. I would definitely recommend her. Even today, more than a month after my case has ended, Jordan has given me guidance and reassurance as I move forward one day at a time. Thank you Jordan!

I hired Jordan for a visitation case. She was very helpful and proved my case. She got me exactly what I wanted.

Jordan helped me with a specific custody arrangement after my divorce. She was extremely thorough and was determined to make sure my needs and expectations were met. Jordan responded quickly to my emails and was always helpful. With Jordan, I felt confident that the needs of my children would be met, and they were. I would absolutely recommend her services.