Originally from Athens, Ohio, Sierra moved to the Cincinnati area to attend the University of Cincinnati College of Law. While in law school, she interned at a variety of non-profit associations one of them being the Legal Aid Society of Greater Cincinnati. There, she helped immigrants file asylum applications and she also helped survivors of domestic violence. During her last year of law school, she participated in the Domestic Violence Clinic, representing clients who were filing protection orders to prevent abuse and harassment.  Sierra quickly learned that people attempting to persevere through difficult situations need an advocate that is not only zealous in representation but compassionate to the client’s struggles.

Sierra joined TIBBS LAW OFFICE in 2018 and received her Ohio bar license in May 2020. Her practice is devoted to family law including divorce, dissolution, child custody, child support, post-decree matters, and civil protection orders in Hamilton, Warren, Butler, and Clermont counties. She looks forward to expanding her practice to include family-based immigration and helping families reunite.

In her spare time, Sierra enjoys spending time with her cats, reading, indulging in reality television, exploring local parks and museums, and enjoying unique bourbons from around the area. 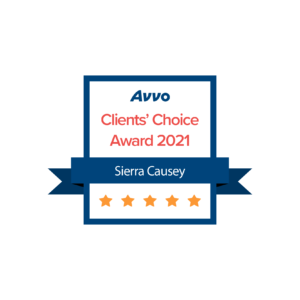 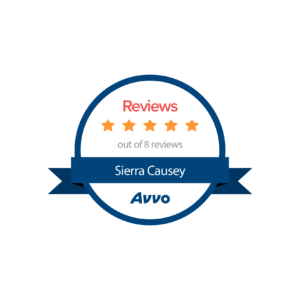 We are thankful to have found Sierra to be our lawyer. She is perfect for us and is very thorough. She worked hard to give us the very best personal help that we needed. She is so concerned and caring about her clients and does the best that is possible for them. We give her an A+.

After a long battle over my grandkids, I found sierra hired her to represent me she was truly amazing very professional fought hard for me and my two grandkids she helped me thru adoption and custody case thank god for her I was able to adopt both grandchildren and finally live a normal life I truly appreciate her
thank you sierra causey

She did an amazing job with my case. She was there for me whenever I had any questions, always a quick response. She made things organized and easy for me to understand with what I needed to do. She was very caring and understanding. And because of her help, I got full custody of my boys! Highly recommend!!

Ms. Causey helped me successfully obtain a protection order in a stalking/harassment situation that had been affecting myself and my family for several years before I decided I needed a lawyer. She was thorough, diligent, understanding, and caring throughout the whole case. She explained every step of the process and put me at ease when I started to worry. I sincerely can’t thank her enough. My whole family was immediately relieved, and we will always be grateful for her services. Definitely recommend…

Sierra handled my legal situation with professionalism & a kind heart. She was thorough & made sure I was “in the loop” through the entire process.

I called Sierra with a question about my divorce. She was quick to respond (even called me back when she was on vacation!) Her advice was fair and direct which I really appreciate.

Consulting with Sierra about co-parenting I appreciate that Sierra is compassionate yet firm and ethical. Sierra is a strong lawyer to have in my corner when my needs need to be looked out for. Highly recommended.

Sierra is a true professional. She is extremely timely, detail-oriented, well organized, and puts her clients’ needs first in every situation. She is a wealth of knowledge regarding the law and values not just representing her clients but also educating them.