In this video, Daryle answers the common question of Will my spousal support be terminated if my spouse remarries? Make sure to LIKE and SUBSCRIBE!

When parents with minor children separate either before or after a divorce action has been initiated, one of the most pressing and important items to address is a parenting schedule. If parents are unable to agree, Courts will often issue a default “Standard” parenting schedule that may remain in place throughout the pendency of a divorce action, until a hearing has been held, or even indefinitely after your divorce has been finalized. Which “Standard” parenting schedule you may be ordered to follow depends entirely on the county you are divorcing in. (A link to each local court’s standard schedules can be found under “Resources” below.) However, your family is not “one size fits all.” It is highly likely that a Court’s “Standard” schedule is entirely impractical for your family. The only way to avoid the Court deciding a schedule for your family is to agree upon a schedule with your spouse – either on your own, or with the help of an experienced family law attorney, mediator, parenting coach, or co-parenting counselor.

Flexibility with any parenting schedule is always encouraged, ensuring that a parenting schedule does not negatively limit the children’s opportunities and experiences. For example, a child should not have to miss out on a cousin’s birthday party on Parent A’s side of the family, just because it is Parent B’s time. Parents are free to modify the parenting schedule as needed, so long as they both agree (which should be properly documented). However, if you find that schedule modifications are causing more harm than good because of parental conflict, parents should keep to the schedule as written, until co-parenting communication has improved to allow flexibility. Overall, the best parenting plan is the one that fosters a healthy relationship between the children and both parents and minimizes the conflict your children are exposed to. An experienced family law attorney can help you come up with a schedule that works best for your family.

Factors to consider while preparing a parenting schedule:

In this video, Daryle talks about “If my decree includes language that allows spousal support to be modified, does the court have to modify it if it is requested?”. Make sure to LIKE and SUBSCRIBE! 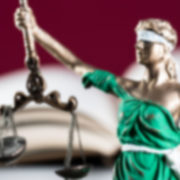 Many people think of Rosa Parks as the strong-willed woman who refused to give up her seat, however, Parks was an advocate for change even before that. Parks was a secretary for the NAACP long before this and helped investigate acts stemming from racism and sexism.

In 1944, Parks was sent to investigate the gang rape of Recy Taylor, a black woman from Abbeville, Alabama. Parks ended up founding the “Alabama Committee for Equal Justice for Mrs. Recy Taylor,” based on Taylor’s story. The white perpetrators were never arrested nor indicted for any crimes stemming from this act despite one of the men coming forward and admitting that he was involved.

Parks and Taylor continued to speak out against these acts of hate and the Committee drew national attention to the violence towards black women. Both women continued to advocate for survivors of violence until their death.

In this video, Daryle answers the question of “Can my spousal support order be modified?”. Make sure to LIKE and SUBSCRIBE!