Top 10 Videos of 2015, Expungement: If I Get My Record Expunged, Can Anyone Still See My Criminal Record?

In this video series, Tibbs Law Office is reviewing their top 10 videos of 2015, continuing with number 6, “If I Get My Record Expunged, Can Anyone Still See My Criminal Record?”

Top 10 Videos of 2015, Expungement: What Is The Difference Between An Expungement & A Pardon?

In this video series, Tibbs Law Office is reviewing their top 10 videos of 2015, continuing with number 9, “What Is The Difference Between An Expungement And A Pardon?”

These videos are designed to educate viewers on Ohio criminal law. These videos are not to be construed as legal advice. Please seek the advice of a local attorney regarding your specific situation. 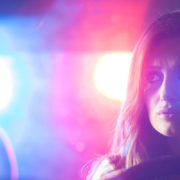 “Avoiding points on your License”

If you are like me, you have been pulled over a few times.  You are just cruising down the highway, thinking about the day’s events and by the time you see the stealth Crown Victoria with the reflective police seal on the side and the thin lights on top that at first glance appear to be a bike rack, it is too late.  You know that he has already clocked you but you tap your breaks and hold your breath.  After you pass him, you continue to hold your breath while you watch him in your rear view mirror.  As soon as you pass him, you hear the cracking of his tires over the rock-covered pull off as he pulls out of the median and begins to creep behind you.  He doesn’t put on his lights right away, he teases you by following closely for a few miles, while he looks you up on his computer.  Then you see the red and blue flashing strobe lights.  You finally breath, you cuss under your breath, and you begin to make your way over to the shoulder.

I have received several moving violations over the years.  I have had at least two speeding tickets, one of which resulted in a suspension of my license, one stop sign violation, one official warning, and one warning, off the record.  As a young adult, I used to just pay my traffic tickets and be done.  I didn’t want to mess with the court date, or the court costs.  That is until I began prosecuting traffic cases for the Dublin Mayor’s Court in Columbus, Ohio as a legal intern.

When clients contact me regarding traffic violations, I often charge a reasonable flat rate, that when added to their fine and court costs, actually ends up costing them less than if they had just paid their ticket.  By contesting the ticket, clients often get less points.  This will save them money in the long-run with their car insurance rates because insurance rates go up when people get points on their license.

While I can’t guarantee this result for every client, I have had favorable results for many clients.  The type of client that will get the best result is the client that has employment (especially if their job involves driving) or is going to school and has a clean (or good) driving record for the two years preceding the new violation (or if this is a first violation).  Although it is possible for defendants to achieve these results on their own, it is difficult because not all courts will set the case for a pre-trial, and sometimes the attorney has to make the deal while court is in session.  As a defendant, it is difficult to get the prosecutor to talk to you while many other things are going on.

Hiring an attorney for this task will get you better results because your attorney can file your “not guilty” plea, which allows you to not attend the “Cattle-call” style arraignment and at the pretrial, the cases with attorneys get called as soon as the attorney and prosecutor have made a deal.  This allows you to save a lot of time.

Expungement:  What Types Of Records Can Be Sealed?

Expungement:  What Is The Difference Between An Expungement And A Pardon?

Expungement: If I Get My Record Expunged, Can Anyone Still See The Criminal Activity?

Expungement:  Does It Cost Money To Apply For An Expungement?

Many clients contact me regarding their son or daughter’s case.  Often times, the parent is not satisfied with the advice they are getting from the court appointed counsel.  I do my best to explain the following:

Many parents admit to me that their child committed the act alleged; however, they do not feel their child should admit to the allegations because of the repercussions later in life.  I would agree with this approach 99% of the time for adults; however not necessarily with juveniles in juvenile court.

The juvenile should certainly ask for counsel to be appointed.  Once appointed, counsel can solicit plea offers; however, plea bargains are not offered as often in juvenile court as they are in common pleas court and they do not have quite the same effect in juvenile court.  The reason pleas are not offered as often is because the child does not get “charged” unless the prosecutor has a solid case.  The reason pleas do not have the same effect as in common pleas or municipal court is because in those courts, the crime of conviction often dictates the parameters of sentencing that the Judge can order.  In juvenile court, the Judge has a lot of discretion because sentencing guidelines in juvenile court do not exist.  Even if the child admits the allegations, he/she will still be given the opportunity to make a statement and provide mitigating arguments, which is often all the juvenile wants.

While it is never a bad idea to get a second opinion in your case, if your court appointed counsel is asking your child to admit the allegation in a juvenile court case, this is probably not the result of laziness or incompetence.  You should ask the child’s attorney what other options you have, assuming that your child committed the alleged act.  You will likely see that your other options aren’t great.

If your child vehemently denies the allegation, you must decide whether you believe him/her.  Hiring counsel and going to trial is only a good option if your child really didn’t commit the alleged act (and not just that they deny doing it, but that they, in fact, didn’t do it) and that is something that you probably don’t know for sure, unless you were there when the incident occurred.