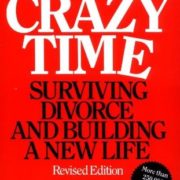 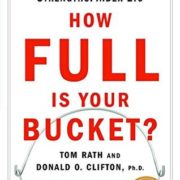 The premise of this book is that we will achieve greater results from employees by focusing on the employee’s strengths, rather than their weaknesses.  The thing I like about this book is that the concept is simple.  The authors know the concept is simple and instead of writing the same thing repeatedly, like some authors might, these authors explain the concept, provide examples of their theory, provide data to back it up and call it a day.  It is a relatively short book that give some great examples.  One example is of Susan, a manager.  The first time she tried to recognize her star sales rep, she failed miserably, upsetting him in the process.  This example shows the importance of figuring out what is important to your employees and awarding them in a way they recognize as positive.   This is just some of the great advice this book provides for those tasked with managing others.  Overall, I give this book four stars. 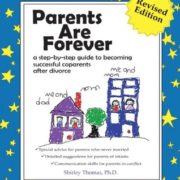 Parents are Forever presents a great concept for co-parenting.  It uses the analogy of owning a business together with your partner to show how people should co-parent.  Parents who work together to care for their children after divorce become co-parents.  No matter how ex-spouses feel about each other personally, co-parents who want to be successful ACT reasonably.  Parents should attend formal meetings where child-related issues are discussed.  This concept requires healthy negotiating, which requires proper distance and respect for one another.  The book provides an example for proper business meeting structure and a checklist of discussion points that need to be discussed.  I give this book five stars for parents that are serious about successful co-parenting.  Even after all of the advice, this book teaches techniques, like accepting an un-perfect result, which is important, because after all, divorce is an imperfect result to begin with.  I like the concepts in this book so much that I often formally recommend (in my GAL report) that parents read this book in cases where I am acting as a GAL.   I give this book five stars. 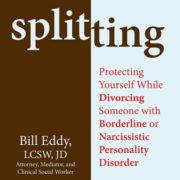 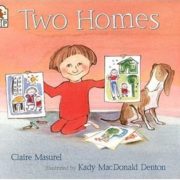 Clients often come to me before they have told anyone what they are going through, and that includes their children.  Clients often ask me how to have the divorce discussion with their children.  My answer is that it depends how old their children are and what the maturity level of their children is.  One option is to begin introducing the idea of divorce through books.  Two Homes is one such book that could be used to introduce the idea of divorce to young children.  The books states that it is for children 3-7 (on the back) but I would argue that it is actually for the younger end of that spectrum.  The book is very basic and could be used for a younger or less mature audience.  Maybe 3-5 years old.  The book revolves around Alex, presumably an only child and uses basic one-liners to show how things are different at each of his parent’s homes but it puts a positive spin on the fact that he has two of everything because he has two homes.  At the end it emphasizes that he loves both of his parents and both of his parents love him.  If both parents are committed to having an amicable separation and divorce, this could be a great book to introduce the changes the child will experience.  My only hesitation would be that this book paints an ideal picture of what it will look like, which, if both parents aren’t committed to making it a smooth transition, this book might set the child’s expectations too high.  But with this age group, I am not sure you have many alternatives because you definitely want to make every child feel comfortable and safe.  I rate this book 4 ½ stars and I would suggest this book for children on the younger end of the age spectrum.